If you are anything like me, you've probably been wondering what everyones favorite artist and legend, Yoko Ono has been up to.  Apparently, she has been spreading love on twitter! Check out her posts below:

Perhaps Twitter is not too out of line for Yoko, as she, and her Fluxus counterparts, firmly believed in the integration of art and life.  In addition, she has always had a holistic world view, even dating back to her Buddhist inspired Cut Piece.  In Cut Piece, Ono entered the stage dressed in her finest clothes, bringing with her a pair of scissors with which she would invite the audience to engage in her performance by cutting off her clothing.  Ono knelt on the stage while audience members, one by one, proceeded to pick up the scissors and remove pieces of her clothing.  Ono forces herself into a vulnerable position, poetically exposing human nature.  Ono describes her piece as:
“A form of giving that has a lot to do with Buddhism. There’s a small allegorical story about Buddha. He left his castle with his wife and children and was walking towards a mountain to go into meditation. As he was walking along, a man said that he wanted Buddha’s children because he wanted to sell them or something. So Buddha gave him his children. Then someone said he wanted Buddha’s wife and he gave him his wife. Someone calls that he is cold, so Buddha gives him his clothes. Finally a tiger comes along and says he wants to eat him and Buddha lets the tiger eat him. And in the moment the tiger eats him, it became enlightened or something. That’s a form of total giving as opposed to reasonable giving like ‘logically you deserve this’ or ‘I think this is good, therefore I am giving this to you.’”[1]
Cut Piece can be seen symbolically as a sacrifice, in which clothing represents flesh.  Ono would be equivalent to a Bodhisattva in Mahayana Buddhism, or someone who has attained a high degree of enlightenment and seeks to help others become liberated. [2]  She embodies the Bodhisattva through her Gandhi-like passivity.[3]
Also click here to check out Yoko's appearance on Cindy Sherman's soap box!
[1] Kevin Concannon. “Yoko Ono’s Cut Piece From Text to Performance and Back Again.”  Performing Arts Journal. Vol. 30, No. 3.  September 2008. Pp. 88-89
[2] Daniel Rothbart. “Yoko Ono: Artist/Bodhisattva.”  NY Arts Magazine. 2008: New York, NY.
[3] David Jeffreys. “Review: Yoko Ono, Gustav Metzger and Ilya Kabakov. Colchester, Exeter and Dublin.” The Burlington Magazine, Vol. 141, No. 1153 (Apri.l 1999), pp 242-243.
Posted by Whitney at 7:33 AM No comments: 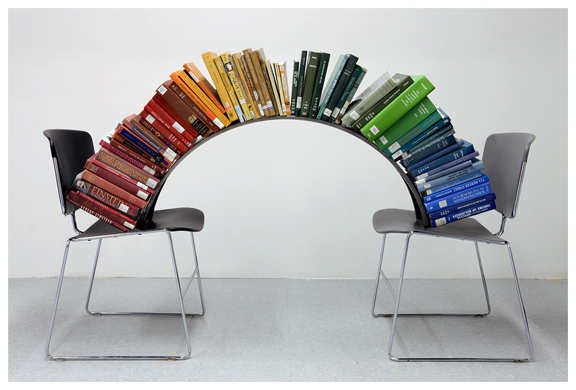 Interdisciplinary practices have become widely accepted in the art world.  Aspen Mays is one artist bridging practices by exploring the intersection between art and science.  Though her photographs are exhibited within the gallery, they simultaneously exist as scientific catalogs, systematizing and documenting the mundane.  Einsteins Rainbow (above) was shown in Mays solo show, Every Leaf on a Tree at the Museum of Contemporary Art in Chicago, IL.  This photograph is from a series depicting every book on Albert Einstein available through the Illinois Collegiate Inter-Library Loan program.
The next two works were shown in From the Offices of Scientists at the Hyde Park Art Center. 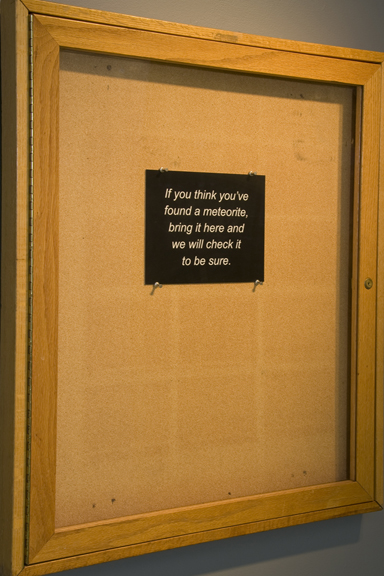 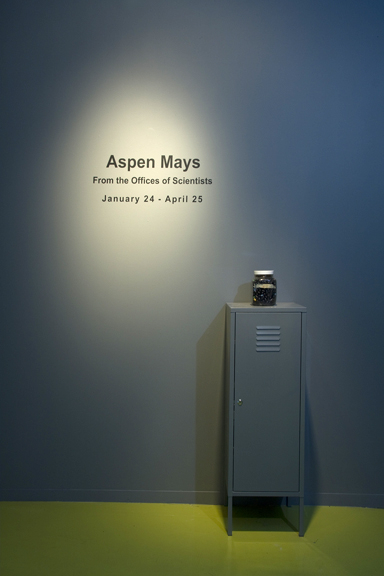